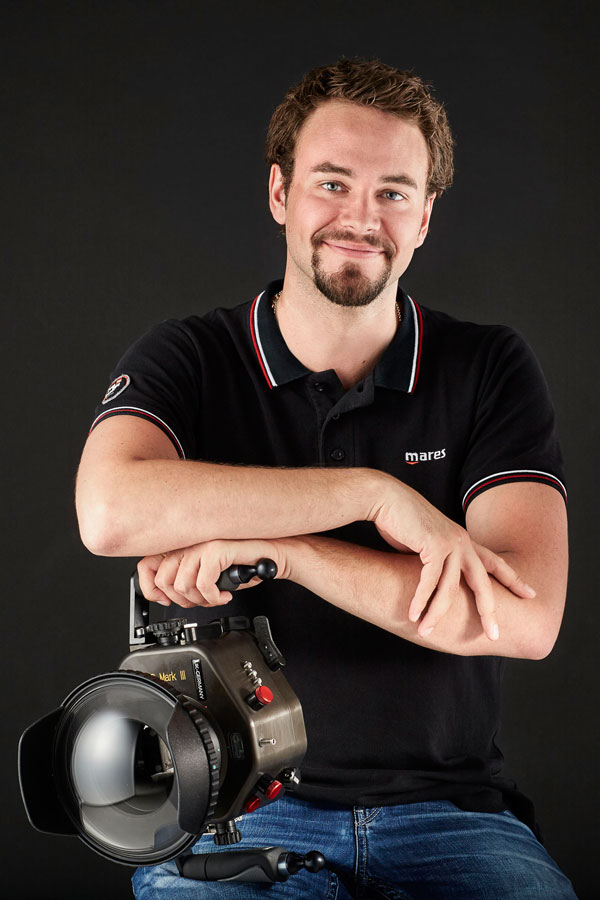 The MARES promotion manager acts out his passion for diving both above and under water. His journeys have led him primarily to the sharks and rays in the Maldives, the Bahamas and southern Australia so far. He thus follows in the footsteps of Hans Hass, always accompanied by his camera. However, Marcel also enjoys cold water diving in the lakes of his native country – always loaded to the brim with test equipment.